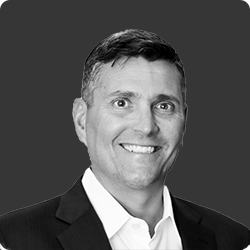 Robert Akin is the Chief Executive Officer (CEO) for CRC overseeing all activities within the company since he founded CRC in September 2009. Leveraging his successful military and civilian career, CRC grew into a prosperous and quality risk management support contractor and has doubled in annual revenue each year since 2011 through the creation of multiple service offerings such as professional advisory services, contingency logistics, and global security. He is a former US Marine Corps (USMC) Officer with over 30 years of CONUS and international experience providing leadership, operational guidance, and support for multiple government agencies including the Department of State (DOS), Department of Defense (DOD), and peacekeeping organizations.

An accomplished executive, Robert pursued, captured, and managed multiple programs working with DOS in Sub-Saharan Africa, as well as related projects with multiple government agencies including the DOD and the United Nations. He has captured over $1.5B total contract value and personally managed tasks valued at over $600M for DOS and DOD, including reconstruction security support services (RSSS) for USACE in Afghanistan; Worldwide Protective Services [Task Order 6] for DOS in Iraq; Deployment of Peacekeepers to Somalia and the Darfur (Sudan); security sector reform in Monrovia, Liberia; security sector transformation in South Sudan; and construction and training in the Congo. 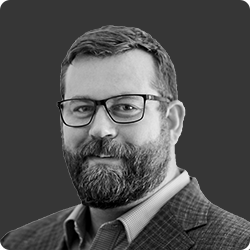 Tad Eckerle is the Chief Operating Officer (COO) responsible for the planning and oversight of CRC’s operations as well as business development, marketing, and mergers and acquisition. He implements strategies and initiatives to meet short-and long-term financial and functional goals. Tad leads the CRC to achieve corporate growth and excellence. He enacts the company vision and determines the business culture, focus and direction. Since the company’s founding in 2009, he has provided operational and administrative continuity. Tad has been a highly effective portfolio manager, supporting attainment of the CEO’s vision and growing the company’s revenue by nearly 300% over the past 3 years.

Starting as a Program Manager in Africa, Tad rapidly assumed the role of Director of African Operations. This position was followed by his assignment as the new Director of New Business and Transitions. Tad’s efforts to increase business resulted in nearly 90% annual revenue increases. The increased business prompted Tad’s return to the US in 2014 to support headquarter operations as the company’s Chief of Operations and Director of Technical Services. He captured, mobilized, transitioned, and implemented all programs valued at more than $11M annually. As CRC’s Chief Growth Officer, he continues to oversee CRC’s evolution through business development and operations advancements by leveraging his African cultural and global operations expertise.

His experiences prior to CRC include assignments as a former Force Reconnaissance Team Leader (with global combat experience) and a qualified Master Training Specialist supporting global doctrine and curriculum development for SERE in North Island. Tad thrives in high-risk environments as demonstrated in by his role as the Operations Manager and Technical Advisor—and sole US presence in Mogadishu—for 17 months during the initial African Union Mission in Somalia (AMISOM) deployment. 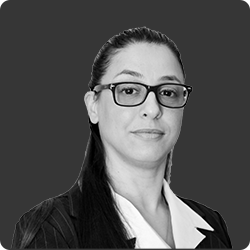 Prior to joining CRC in 2015, Elleni worked at JP Morgan Chase as a Bank Manager for nearly 10 years. After leaving JP Morgan Chase, she began her own small business, which she grew and eventually sold. She has risen through the ranks of CRC, where she was initially hired as an Accounting Manager. She attended Baylor University where she obtained a Bachelor of Business Administration with a degree in Finance, Financial Planning with an emphasis in Entrepreneurial Studies. Elleni’s years of financial and customer contract experience (DOS, DOD, etc.), combined with her educational background, are assets to CRC’s leadership team. 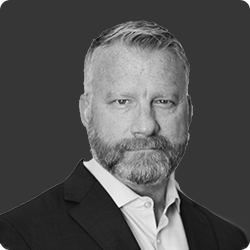 Jay Tabb is the Senior Vice President (SVP) of CRC’s Global Security Division where he provides domestic and international security solutions for government and commercial clients. With over three decades of national security and law enforcement experience, Jay has extensive real-world expertise managing risk and defending the U.S. and its allies from a myriad of threats, including both physical and cyber national security vectors. Jay recently retired from the Federal Bureau of Investigation (FBI) as a Senior Executive and Special Agent with a proven history of leading strategic programs, overseeing large budgets, and managing global security solutions. Prior to Jay’s FBI service, he served 7 years as an infantry officer in the US Marine Corps, with assignments that included command and staff billets and command during combat operations in the Middle East.

Prior to his current role with CRC, Jay served nearly 23 years in the FBI, culminating as the Executive Assistant Director of the FBI’s National Security Branch where he led a global workforce of over 8,000 personnel with an annual operating budget of $330M. Since joining the FBI in 1997, he held a variety of positions, including service as an operator on the FBI’s elite counter terrorism unit, the Hostage Rescue Team (HRT), and leadership of several special purpose counterterrorism units. Other key assignments included leadership of the Joint Terrorism Task Force (JTTF) in Washington DC, Commander of the HRT, Deputy Assistant Director in charge of counterterrorism operations for the FBI, and Special Agent in Charge (SAC) for the FBI in Washington State. As the SAC, Jay managed the investigation and apprehension of members of an international hacking group, as well as a sensitive counterintelligence operation of the closure of the Russian consulate in Seattle. As an operator with HRT, he received the FBI Medal of Valor, as well as two FBI Stars for heroism and critical injuries received while operating in sensitive counterterrorism missions abroad. Other awards include the U.S. Attorney General’s Award for Exceptional Service for his leadership during a prominent global counterterrorism investigation, and the Exceptional Service Medal from the Director of National Intelligence for leadership in a sensitive counterterrorism matter. 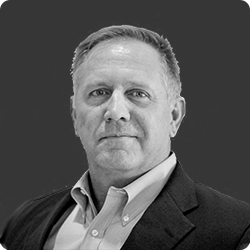 Since retiring, Craig has served as the Deputy Secretary of State for Operations for the Nevada Secretary of State (SOS) managing daily operational requirements, fulfilled Chief of Staff duties for a private company, and was a Subject Matter Expert (SME) for Command and Control (C2), Intelligence, Surveillance, and Reconnaissance (ISR) advising Special Operations Forces (SOF) and mentoring commanders and staff at the MWTC.  He has extensive real-world experience in disaster relief operations and led ‘Task Force Fuji’ during Operation Tomodachi in response to the earthquake and tsunami disaster that stuck Japan in 2011, as well as through humanitarian assistance and disaster relief efforts in the Philippines.

Craig also attended the Norwegian Defense College and MIT Seminar XXI program and is the recipient multiple awards and decorations for valor and meritorious service. 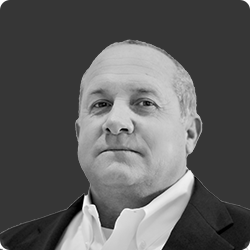 Kevin Daly is the Business Development Manager at CRC leading the development of new business and capture opportunities in both commercial and government sectors. Kevin brings over 35 years of experience providing leadership and operational expertise throughout the United States, Asia, Africa, and the Middle East through his experiences as both a retired United States Marine Corps (USMC) Master Sergeant and contracting subject matter expert (SME).

Prior to becoming the Business Development Manager at CRC, Kevin led the Reconnaissance and Amphibious Raids Program and Program Manager Fires for Marine Corps Systems Command. He has also served as Acquisitions Analyst for Lockheed Martin Corporation and government defense contractors providing sound acquisition advice to active duty USMC Majors acquiring new equipment to for Marines. Kevin’s knowledge of defense acquisition, logistics, and contracting led to the successful fielding of multiple pieces of equipment that were combat multipliers on the battlefield. Upon retiring from the USMC in 2007, Kevin began his second career in Program Management, Acquisitions, and Business Development and continued his service to the Department of Defense (DOD) and United States Special Operations Command (USSOCOM). He has a thorough understanding of Federal Acquisition Regulation (FAR) and Defense Federal Acquisition Regulation Supplement (DFARS). 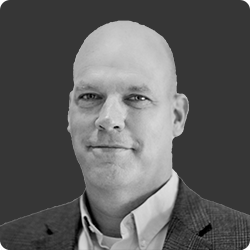 Russell “Rusty” Armstrong is CRC’s Department of State (DOS) Program Manager overseeing company support to security cooperation activities and programs in Africa as a part of CRC’s Global Operations Division. Rusty is a retired United States Air Force (USAF) Colonel with over 30 years of leadership and operational expertise in Europe, Asia, and Africa. He leverages this expertise with real-world experience in remote and conflict zone leadership to manage advisors and support personnel and liaise with DOS program offices on contracting, operations, and future needs.

During his years in the USAF, he logged over 4,000 flight hours in various aircraft and earned his Command Pilot rating. He spent most of his military career in operations and supporting plans and programs for various USAF elements. Other command and staff assignments included supporting operations, training, intelligence, and security cooperation activities in Europe, Asia, and Africa. He retired from the USAF as Chief of Attaché Operations in Kenya where he expanded his knowledge of DOS activities on the continent and developed a thorough understanding of the opportunities and challenges associated with defense institution building and transformation in Africa.

Prior to assuming his current duties, Rusty lived and worked in Kenya for 7 years. He most recently served as CRC’s Strategic Aviation Advisor in Kenya where he worked closely with host nation leaders, US Embassy personnel, industry representatives, and DOS and United States Africa Command (AFRICOM) security cooperation stakeholders. His efforts focused on developing and implementing comprehensive and cohesive transformation and modernization programs aimed at enhancing partner nation combat capabilities. He maintains a broad network of security cooperation professional contacts and routinely travels to the continent of Africa to stay well informed of relevant issues.